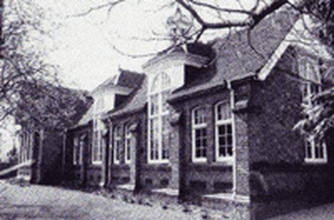 In 1887 Queen Victoria celebrated her Golden Jubilee, the electric light bulb came to Leamington and in Rugby Road there was a hive of activity with the building of Milverton School.

The now West Hall  (Infant Building) was built in 1887 as a boys' school. A second building, East Hall (Puddleducks Nursery), was completed in 1892 and this became a Mixed School with the boys and girls sharing. The original boys' school was revamped for Infant children who moved  in to the school in 1893. The Schools were known as the Milverton Board Schools.

In 1930 the school was re-organised into   Milverton County Senior and Junior School. A new building was erected behind the original buildings overlooking Greatheed Road and this housed the Senior School. In 1947 due to the raising of the school leaving age to 14, there was not enough room for all the pupils, so temporary HORSA buildings were built on the site. In 1957 Milverton once again became a Junior and Infant School. 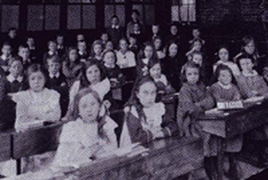 The Greatheed Road building  continued to increase in size with the hall being built and two new classrooms (extending the corridor next to the library) replacing terrapin buildings in the 1970s and 1980s. The final major building work took place in 1992 when two new classrooms were built with a different architectural feel to the rest of the school.

In 1996 the school became an all through Primary School (Reception to Year 6) as it is today.

Many thousands of children have passed through the school since 1887, perhaps the most famous and well-known was Sir Frank Whittle who made a major contribution to the invention of the jet engine and attended the school from 1917 to 1918.
Our school aims to be a place where all children feel safe and secure, which enables them to undertake challenge and develop resilience.
​We consider effective safeguarding to be our highest priority.